In response to the traction control on low-grip track to which many drift users have been paying attention in recent years, we created the “rear motor” layout which can maximize the rear traction without changing the total weight.

In this layout, a heavy motor is mounted on the rear overhang to distribute the load directly to rear tires. With the throttle on, users can apply traction most efficiently. We finally implemented the optimal balance with high drivability! This is a high-spec machine equipped with the popular graphite double-deck chassis, aluminum SLF oil shock, aluminum front and rear shock towers, etc. This package can even satisfy expert users. 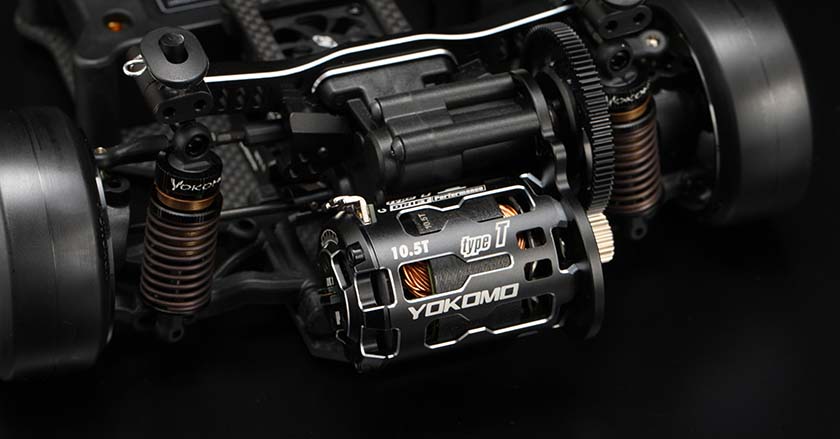 The biggest feature of YD-2R is the motor mounted on the rear overhang. This layout has been developed to apply the maximum load to the contact surface of the rear tire and can achieve overwhelming acceleration. Especially on low-grip roads, users can gain advantages. 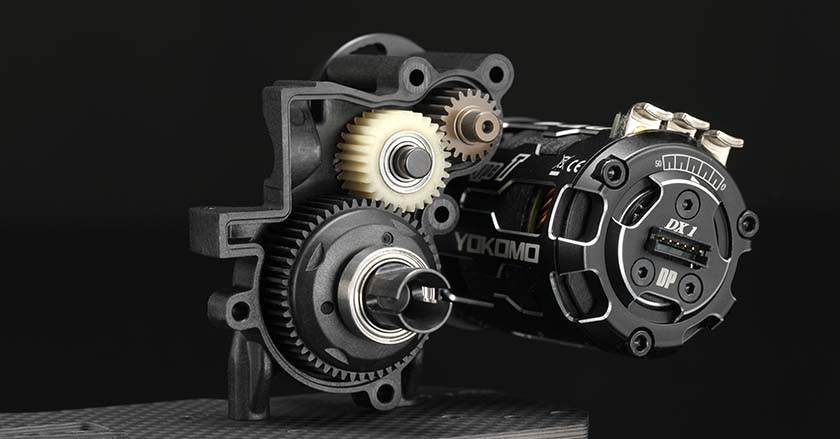 The gearbox of the three-gear transmission is a special layout that has a high drive efficiency setting in the YD-2 series. Since the anti-torque of the motor also works in the direction that pushes the tire against the road surface during acceleration, the traction is further increased by turning on the throttle. 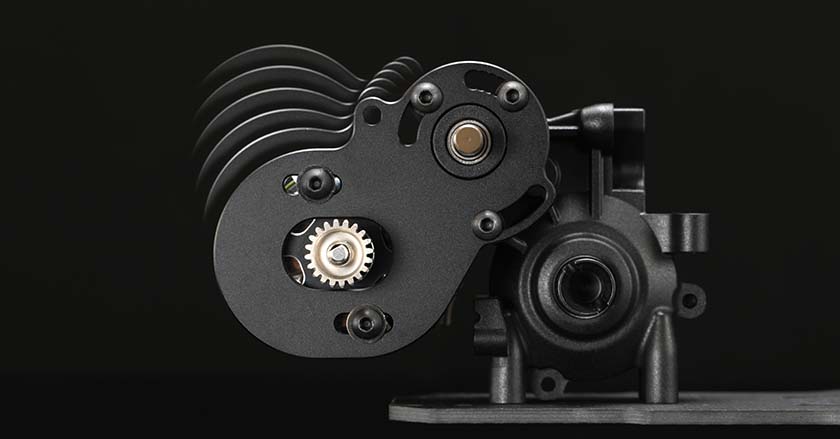 This model is normally equipped with an aluminum motor mount plate that can set 6 stages of motor position with the axis of the top gear. Users can adjust the roll amount at the rear according to their preferences. 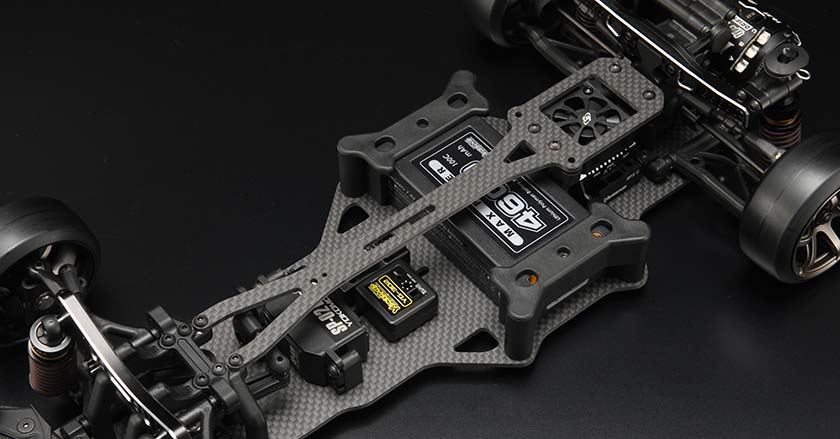 The newly designed integrated upper deck enhances the pitching rigidity, and its high response steering feature is also attractive. Further, it can remove the brace support near the rear, the chassis twist can be adjusted softly, and the mechanical layout can also be flexibly changed. 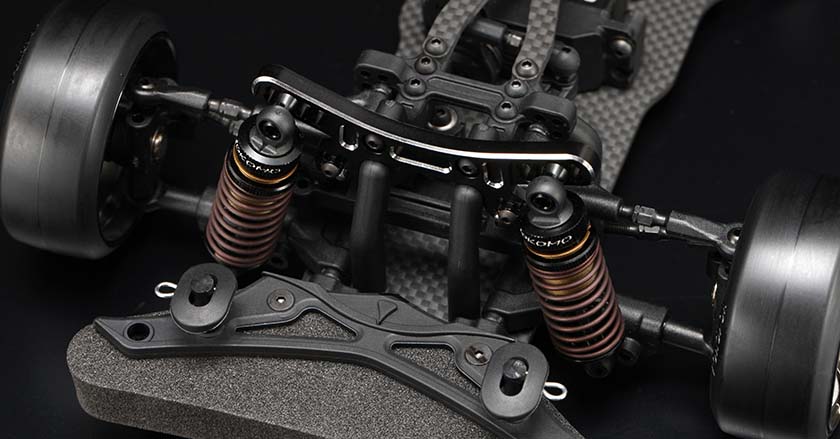 The front and rear shock towers are made of highly rigid aluminum. It increases the response of the suspension operation and can perfectly receive the shock from the road surface. Of course, the looks are also excellent with its bevel edge processing. 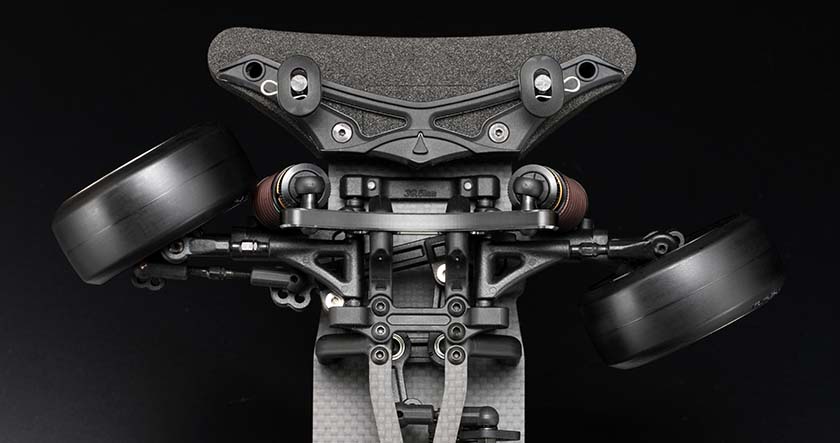 The steering angle at the front that catches deep drift angles is a characteristic of the YD-2 series. Depending on the setting of the steering system, it is further possible to increase the turning angle, and such flexibility will produce a powerful driving. The setting of the Ackerman ratio which is the key to RWD drift has a width that can be adjusted to various drift styles and corner sizes. 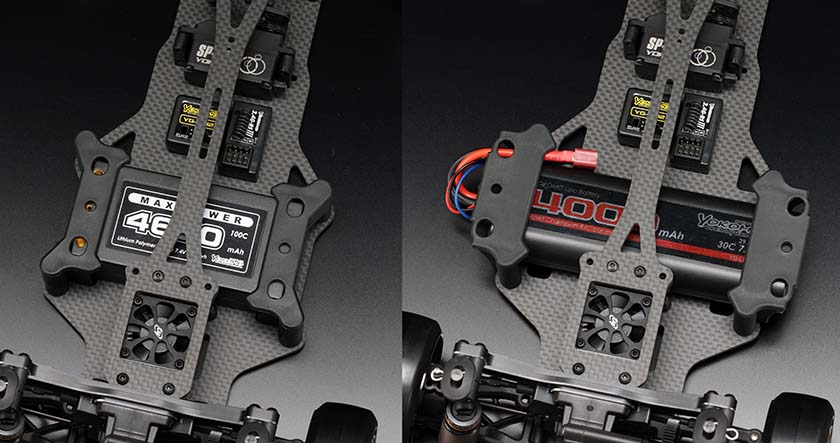 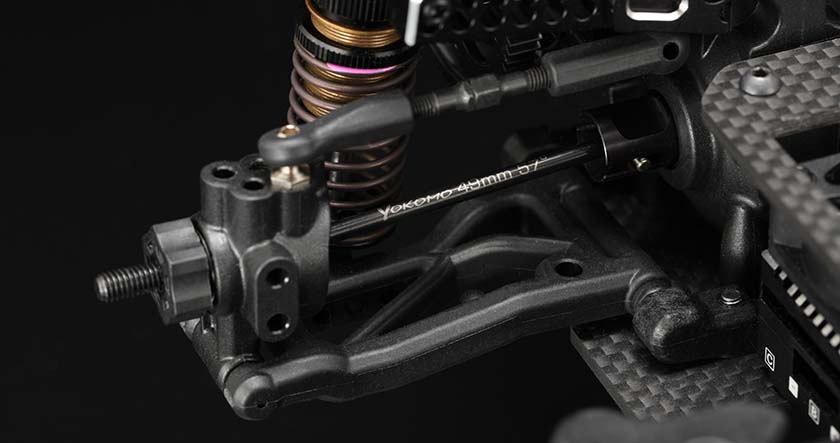 The rear suspension arm is the specification for a long suspension one that shows mild sliding characteristics. With a long downstroke shape, it can improve the feeling of contact to the ground when rolling. 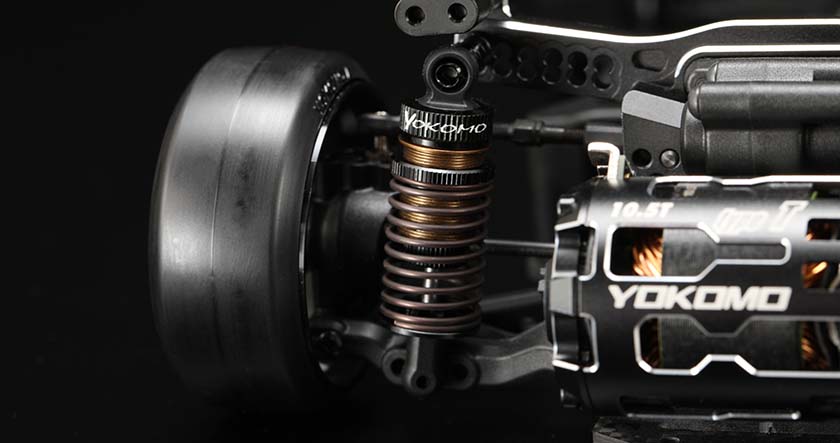 This model is normally equipped with the super low friction aluminum shock which has a smooth operation characteristic at its front and rear. It absorbs small vibrations to be received from the road surface and enhances the feeling of the tire-grip. The height is adjustable, so users can change the height just by turning the dial. * The pictures are the assembled samples on prototype. It may changes at the production version without notice.

* The kit does not include body, wheels, tires, motor, batteries ,pinion gear, and other R/C electrics.