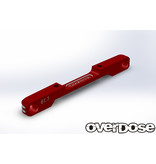 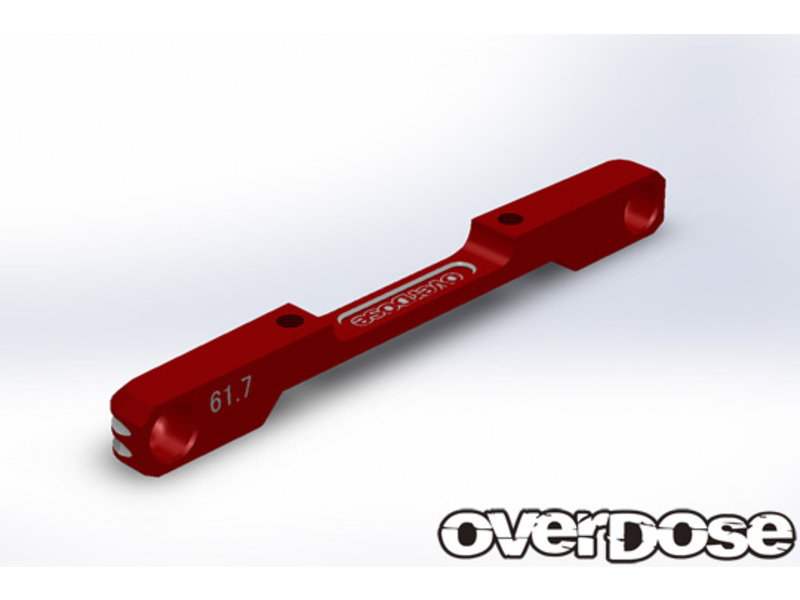 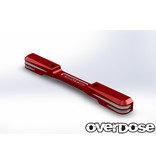 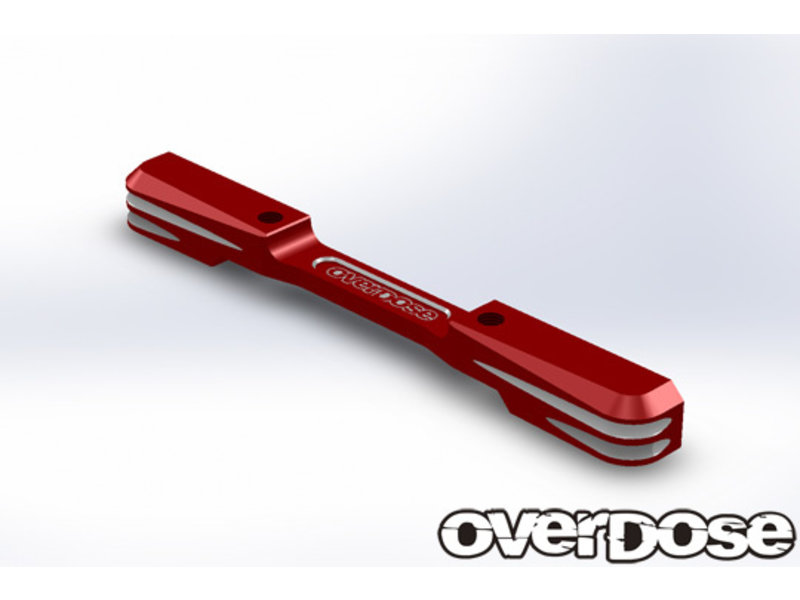 New size suspension mount produced by TAKE-C !
Control chassis at will the by further improving straightness and turning performance !!

A new size will be added to the aluminum suspension mount produced by the OD support driver TAKE-C. It is set to 57.2mm and 61.7mm which are longer than previous 52.7mm mount. Since the front and rear suspension arms be shortened more than ever before. Possible to make quick swinging for quick load transfer and turning performance will be improved. Also it is possible to mount 2.5mm lower than the conventional aluminum suspension mount. Set a large distance between the roll center and the center of gravity without changing the position of the center of gravity, and effectively transmit the suspension rolling force of the chassis to the tires. As a result, it is possible to greatly improve the cornering speed and traction performance at the end of corner by leaving a moderate grip even during drifting. Available in purple, red, and black with 57.2mm and 61.7mm width.